Interesting talk on remixing and copyright 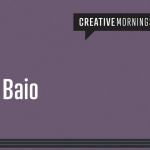 Another interesting talk about remixing and copyright.

I’d heard of this before – the lawsuit about the Miles Davis photo had made the rounds in the photography news feeds.

He refers to the “Everything is a remix” series of videos I’ve mentioned before.

Thought I’d help spread the word about possible dangers of a couple of bills going through US congress, add my voice to the crowd so to speak.

If you’re not sure what this is about – check out this video – it’s well put.

So an example would be – if the above video happens to have some music that is copyrighted (I doubt it of course) then I could be sued for just sharing it! Just sharing it!

Of course – this isn’t what the bill is really designed for, but so often in history certain government legislations “designed” for one thing have been used for another. E.g. who in London hasn’t been stopped and searched ? And did those stop London bombings – no. Plus if these large companies had that level of control…. could end very badly in the litigation company of the US.

As a photographer of sorts – copyright and IP rights is an important issue – however I feel this is a case of using a sledgehammer to put in a screw. It’s the wrong way of going about it and far in excess of what’s needed. As the video shows – there are already ways and means of dealing with such issues.

So…. if I have any US readers – please write to your Congress now to show your disapproval.  And for the rest of us – share the message.

The Stolen Scream/Images (via Fstoppers)

Fairly soon I’m going to put up a post of a whole load of interesting links that I’ve collected over time – a mixture of blogs,news sites, photographer portfolios etc etc that I’ve collected gradually – but a firm favourite of mine is Fstoppers. Fstoppers is primarily a BTS (Behind The Scenes) video sites where photographers, or anybody can send them interesting Behind the scenes videos of shoots etc, however it also sometimes has other photography or imaging related videos, this is one of those.

When it comes to copyright “protection” I’m torn between two opposites – at heart I am a bit of a hippy – I would love a utopian society where people do what they do for the love of it and are happy to share and give others credit – I am however also a realist and work for an Image library – where using image without permission = theft.

This is a fascinating story about an image being uploaded to a website (flickr in this case) and spreading it’s way through both the internet and the “real” world. I think most people would understand both the photographers pride and pleasure at seeing the image being spread like this – but also frustration at not getting the credit he deserves or financial reward for his creativity.

My stance generally, with my photos, is that if a person or charity etc asks me politely to use one of my photos or for a copy – I will usually say – yeah – go ahead and I’d appreciate credit if online / in print etc – partially as  – well I’m a decent person but also because I’m terrible at asking for money ;).  If however a large company or other such profit making body were to ask – I would of course ask to be compensated i.e. £ – after all – my equipment costs money (several thousands of pounds in some years) and my time and effort to create images is of value to me. I’m not a pro but these things are still pricey and precious.

For these reasons I have avoided such schemes as Creative Common License – Not that I won’t allow free usage of my photos – but I like to know who, where, and ensure correct credit etc. Plus the danger is – once you’ve declared it under such a scheme – it’s practically impossible to change your mind and go back – anybody that uses the photo under the original terms can just claim that they got it when it was under CCL.

A very famous case is the Obama “HOPE” poster – the artist didn’t get permission to use the original photograph and as such the case has been in and out of courts ever since. Now been resolved though.