Realised I’ve not posted on my blog in over a year! (Well a year yesterday)

And have developed my main website to more of a portfolio site.

So will continue to use this blog just to post items of interest – mostly found elsewhere.

So here’s one – a video trailer for a Music Photography book by Neal Preston.

I first found out about him from a Matthias HTBARP podcast.

Have ordered the book 🙂 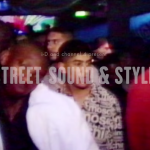 Been a while since I blogged anything – mostly as I’ve not had the time – covered (photography) a couple of London Music festivals and have other editing I’m way behind on. Will likely post some of these in time.

During my lunchtimes I often read photography (or related) blogs, news feeds and such like which sometimes include videos. One that’s not usually photography related (iD Magazine YouTube upload feed) has recently featured a video which covers photography and fashion of the 90s Grunge scene. Thought I’d share.

A set from my second event at The O2 Arena – this time Olly Murs plus guests.

This was the first event I’ve been to with a runway of sorts. We were warned initially that we’d have to stay at the front as pyrotechnics would be going off towards the back of the stage. Alas I missed photographing them going off – Boo! I just had my camera down for a fraction of a second.

At the O2 – you can’t take your camera bag into the arena – you have to leave it back stage. Last time I had a lens bag on my belt but I forgot it this time. A lot of photographers often have two bodies, especially from the main agencies – but I can’t justify that. The lens case I use for these things doesn’t really work well – belt loop too low on it – so I might look to buy some alternative option.

Ella Eyre was great – struck me as a cross between Amy Winehouse and Lauryn Hill. listening to her on Spotify -0 sounds very Amy Winehouse but then there are lots of Housy remixes.

All Rights Reserved. Images can be licensed from Photoshot.

Last week I covered a last minute gig as another photographer couldn’t cover it. Headliners was Carl Barât (of The Libertines) & The Jackals. Was at Scala which I usually enjoy – but on this ocassion it was really tricky – Scala has a pit but is quite narrow. Usually it’s fine with 3 or 4 of us – but on this occasion there were 8-9 of us! Also lighting was really dark and the odd pint would get chucked over!.

All Rights Reserved – Images can be licensed through Photoshot 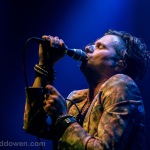 Haven’t put all my Gig Photography sets of late – been a tad busy, but thought I’d put this one up.
Continues the run of metal/rock events at the Roundhouse.

In the past I’ve said how much I enjoy photographing gigs here – lighting is usually great, or good at least, and there’s a decent sized pit. On this occasion though there was a  LOT of smoke for the support act – The London Souls, combined with LOTS of blue lighting. Took a fair bit of tweaking both in camera Raw and in Photoshop to stop those shots from being a washed out blue mess.

London Souls were good – only a guitarist and drummer. He has amazing skill and reminds me of Hendrix (an analogy many people have likely made – on skill alone ignoring the hair). Alas the songs they have on Spotify don’t really reflect this. I couldn’t help think that it would have been better – a more full sound with more musicians.

The London Souls on Spotify

©2015. All Rights reserved. Images (these + more) can be licensed through Photoshot.

A video (not mine or from this show) showing some great London Souls music:

The last time I was there we had to shoot from the back as it was an all seater event – but on this occasion there was a barrier/pit so shot from there. Lighting was a little tricky – a spot pointing down at Brian Molko from a steep angle most of the songs we could shoot (only 2) – which meant out of camera the face was very bright and the rest very dark. Also did no favours with shadow in the eye sockets – but you have to go with what you’re given.

All Rights Reserved – images can be licensed from Photoshot.