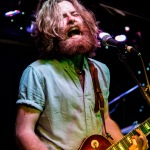 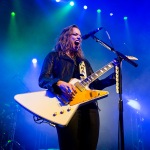 Just a quick little set of yesterday’s shoot – Rebecca Ferguson performing her new album Lady Sings The Blues live for the ﬁrst time. Venue was tiny – four of us photographers at the back row. Standard stuff – 3 songs, no flash, then out. Should have asked to stay – she sounded wonderful – just didn’t think as the place seemed full.

All Rights Reserved – no use without permission. Other images in the set can be licensed from Photoshot / Retna UK. 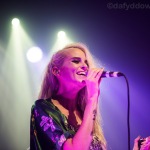 Alas – yet another where there was lots of back lighting in one set of colours and lots of smoke. Although thankfully there was a bit more subject lighting. RAW files help a huge amount in editing club photos as you can correct people’s colour tones a little. Although in this set there were instances that the light and therefore skin was so blue/pink etc that Camera Raw would only change it so much. I think some DNG converters can push the colour change further.

I may look to using a custom white balance in future gigs rather than auto. SHame you can’t name them in my camera else I might use names such as gig:blue, gig:red, etc.

Please do not download, copy, use or hot-link. All rights reserved.
Images can be licensed through Retna/Photoshot.